Technical High Schools, Grammar Schools, Business schools and many more, with legislation since 2013 which obliges some schools to teach their curriculum through the medium of English, Austria is a key place to look for news on CLIL.

Austria - A Curriculum for International Education

A Curriculum for International Education
Vienna Board of Education, Austria
October 14th, 2014

I was invited by the Vienna Board of Education to give a talk as part of their well-known evening lecture series at their lovely HQ in Vienna.
Over 50 people came to the talk, a topic I've been passionate about for many years. It was a p... read more 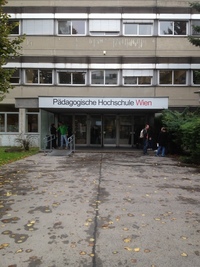 The tenth group of colleagues came to the most recent CLIL training at the University of Education in Vienna. This training is part of an on-going initiative funded by the Austrian Ministry of Education. It follows on from the Austrian g... read more 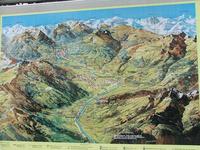 I attended a conference run by CEBS which is the Austrian organization and network of vocational schools. The conference was attended by 350 teachers, mainly teachers of French, German, English, Russian and other languages, but there were also content teac... read more 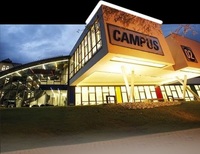 Presentations and Practical Activities in Graz 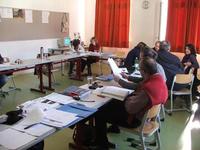 I arrived at Vienna airport in Austria early on Sunday morning and got on a train to take me across the country to Innsbruck and stayed in the Hotel Sailer. This is the same hotel I stayed in 4 or 5 years ago when I first worked for the PH in Innsbruck. Thanks to Angelika A... read more 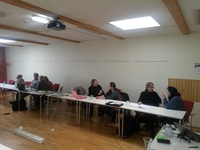 The second round of in-service professional development for teachers in HTL, HAK and other schools in Austria.
The event took place in Salzburg, Nov 9th to 12th 2015.

Almost 90 teachers came from all over Austria.
Like the first COOP CLIL event last year, each subject teacher came along with a partner collea... read more 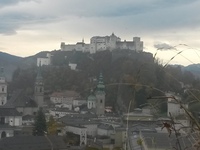 I was asked to prepare input on how language teachers can best collaborate with subject teachers. I’d prepared an agenda which explored ‘points of contact’ between the pairs of teachers including: subject content and language; thinking skills; seeing ‘shape’ in content; co-pr... read more 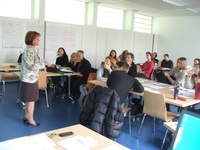 Eva Poisel invited me to contribute to her DLP course programme, and I readily agreed, knowing what I do about the work of the subject teachers in the schools involved. Plus, after meeting the HTL teachers (see reports), I wanted to shout about teachers linking up with and communicating w... read more 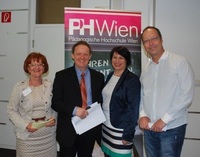 This was quite simply a great event!
It's the first meeting for a network of teachers from schools around Austria, all working in CLIL.

I've been teaching at the University ... read more 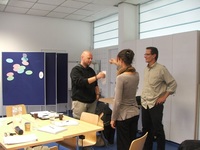 The first thing to say about this course is that it takes place under a  government which is implementing a programme of legislation to see all HTL  schools (HTLs are upper-secondary technical and vocational colleges (for electronics, informatics, construction engineering, etc.) teaching at... read more 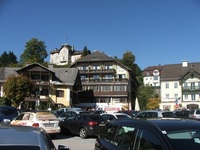 I had met Hans Kloibhofer previously at a training event in Linz and when he approached me to return to carry out some training for his colleagues, I readily agreed. I had in the back of my mind th... read more 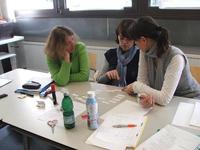 Hosted and accommodated by a regional training centre for agricultural colleges in the city of Linz.
I have to admit that I was a little daunted by the fact that the group of colleagues, teachers and trainers who were coming to attend the two-day CLIL workshop were from such diverse back... read more 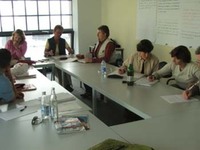 7 Day Workshop for Language Across the Curriculum

The Austrian government is reforming secondary education and one outcome will be that students will be able to opt for oral exmination in subjects from their content curriculum through the m... read more

I took part in a lively and enjoyable discussion on CLIL in Austria recently.

I didn't really have a good idea in my mind what the event would actually be like before I got there. Of course, we'd had the plenary talk on CLIL past, present and future at the KPH in Linz earlier in the year, and that was to be ... read more

I participated in a live discussion on CLIL in Austria recently and I promised to follow up with a few things for the teachers who participated.

This short report is my fulfilling that promise and one document you can find at the foot of the page is a list of sites and networks several colleagues asked fo... read more

I was privileged to participate in this important conference in Austria organized by the CEBS association.
You can find a host of papers and abstracts from the conference at the CEBS website - https://www.cebs.at

I gave an interactive talk on how soft skills can be exploited to build a bridge ... read more 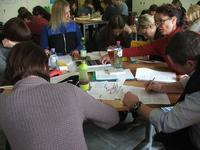 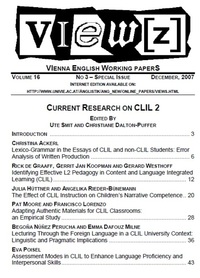 The University of Vienna department of Linguistics have an active and productive team working in CLIL.
They have produced a number of interesting collections of articles online. While the materials seem to move location over the years, with a search you can still find them via their website: 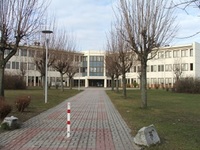 I spent 6 days in Austria last week working with 3 groups of teachers from HTL Schools, or Technical High Schools, all now getting their heads around offering their technical curriculum through the medium of English. This is a move which the Austrian Ministry of Education has legislated to be compu... read more