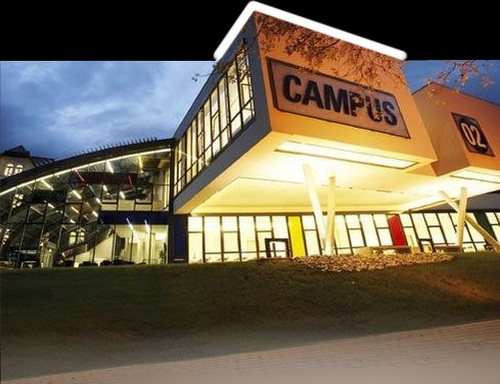 Presentations and Practical Activities in Graz

Campus02 in Graz hosted two days of visiting lectures based on presentations and group tasks at the beginning of April. IT and IT/Marketing students at various stages of their programme of study participated in activities aimed at developing their presentation skills in a team and also their ability to work in groups and solve tasks as a team. This is the first of what is hoped will become a repeated event at the faculty.

Students were given the task of designing and building their own air-powered rockets with a specific logo, design and construction within a limited time. The students were then given a limited time to prepare and deliver a presentation based on their design, flight and observations following specific criteria (there was a prize for the best presentation!).

Colleagues interested in this activity (I'm sure you've noticed by now that it's a favourite of mine!) - The Rocket Factory – as well as many other practical educational activities can be found at Middlesex University Teaching Resources Unit (www.mutr.co.uk). 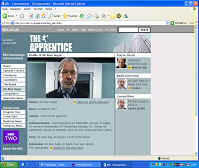 Students were also treated to a drilling in the style of 'The Apprentice' from the BBC. In this activity I played the role of business tycoon Alan Sugar and the groups of students were given the task of designing a piece of software and then marketing the software to their peers in a limited time. Their software ideas could be as crazy as they liked as long as they could present it within 3 minutes and as a team.

I presented the idea to the group referring to an amazing story I had read in the Guardian 'Chip reads mind of paralysed man' (Ian Sample, Thursday March 31, 2005) which describes how a paralysed man can make a computer carry out functions with his thoughts.

Since the students were both IT and Marketing I thought the Apprentice as an activity would suit them well. What I didn't tell the students was that one of the groups would be sacked! While we were initially concerned that students might feel intimidated by my adopting an Alan Sugar role and firing them, they loved the whole activity!
The ideas were quite amazing given the limited time. There was the DreamCatcher which when logged in to your brain while you sleep records your dreams in MPEG format so that you can play them back the next day on your PC. Or, the E-Motion software which using blue tooth communication in a chip implanted behind the ear allows people to connect with those around them and identify the people with whom they share interests, passions, ideas and cut out the risky business of finding out about the likes and dislikes of a possible date. Or, the Brain Holiday which allows you to give your brain a rest from time to time by getting the computer to do the work of thinking for you (there was some discussion about that one).

The students coped very well with the activities, that and having a visitor for the day. Elke Bedera and colleagues are already talking about a return visit. Let me see, maybe we can get them working on robot design next…