The preliminary programme is now available for the 17th Lakma International Conference 16-17 October 2015.
I'm very privileged to be asked to present a plenary at the event as well as a workshop.

This is also the event which sees the official launch of our book Putting CLIL into Practice.
Phil Ball is ... read more 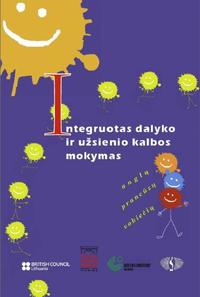 The launch of a teaching and teacher training resource for CLIL!

A CLIL conference and book launch was held in Lithuania this week.  The conference took place at the Sarunas Hotel, Vilnius on the 8th December and was followed by a day’s practical workshop on CLIL on the 9th at the American International School of... read more 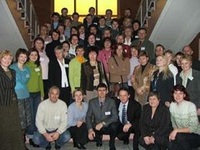 The British Council Lithuania in collaboration with the Ministry of Education and Science ran a three day workshop at the Vilnius In-Service Teacher Training Centre for a group of 49 teachers from all over Lithuania and with visiting colleagues from Latvia and Germany.

The meeting was held as a foll... read more

1. Pre primary level. It has become a fashion to offer language classes (mainly English) in some kindergartens.

2. Primary level. A foreign language is being taught from year 1 only in some profiled schools. 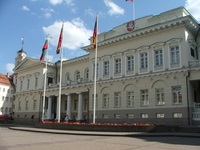 The Lithuanian ministry of Education is investing in CLIL teacher training.
June 17-18th 2012 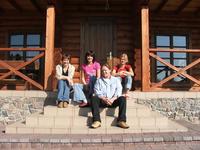 Vilma Backiute of the British Council Lithuania (vilma.backiute@britishcouncil.lt) and the Ministry of Education and Science in Lithuania organised a writers' retreat to finalise the preprint draft of a publication on Content and Language Integrated Learning in Lithuania, 25-26th September, 2006. 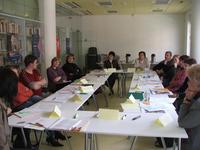 The British Council (www.britishcouncil.lt) and the Ministry of Education and Science in Lithuania (www.smm.lt) organised a programme of events around the country with a focus on the development of teaching content through the medium of English.

The week began with a focus group meeting of teachers and tra... read more

Lithuania is investing in Content and Language Integrated Learning.

9-10 Nov 2004
The Ministry of Education and the British Council are coordinating training for subject and language teachers around Lithuania as part of a multilingual project including French, German and English as well as a wide range of subjects taught through the medium of ... read more