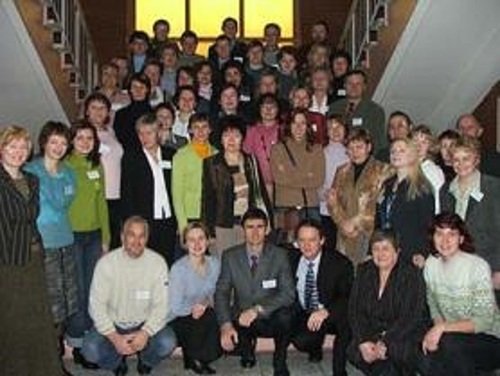 The British Council Lithuania in collaboration with the Ministry of Education and Science ran a three day workshop at the Vilnius In-Service Teacher Training Centre for a group of 49 teachers from all over Lithuania and with visiting colleagues from Latvia and Germany.

The meeting was held as a follow-up to a similar event held in December 2004 with a view to developing CLIL materials and methodology in the now large network of Schools in Lithuania delivering part of their curriculum through the medium of English as a foreign language.

The event proved so popular that around 200 teachers applied to attend and the 16 groups of three teachers who were accepted was above the number originally planned for.  Somehow they managed to squeeze in. 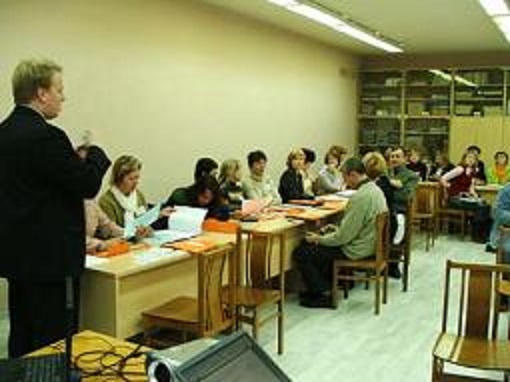 The overall aims of the meeting were to give teachers the opportunity to present examples of their work in schools in CLIL; to present teachers with examples of materials, lessons, tasks with a CLIL focus, and to prepare teachers for a materials writing task which they would then complete back in their home school contexts.

These materials will form a collection of CLIL materials for a publication for distribution around schools in Lithuania and abroad offering models of CLIL tasks for teachers of different subjects.

Day 1
Sample activities were presented to the group from a book in-writing focusing on the language demands of curriculum subjects and tasks to process and produce this language. 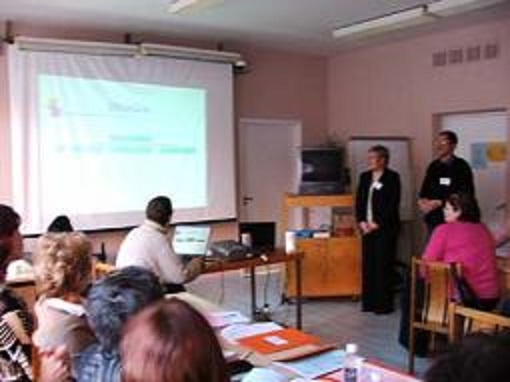 Teachers began presenting their school CLIL contexts to the group.  During the presentations colleagues were given the task to note ‘successes’ and ‘challenges’ they hear.

Groups were asked to rotate in an ‘open market’ to try to identify colleagues with shared interests, content areas, student age groups and based on the successes and challenges noted so far. 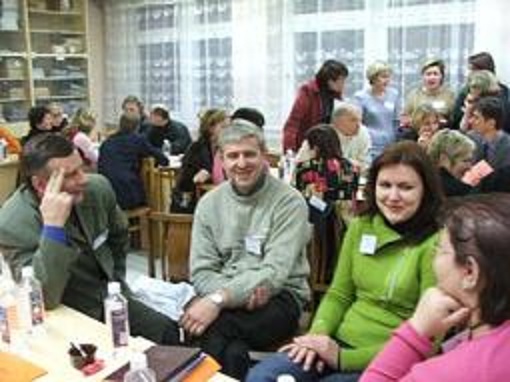 Day 2
A model lesson on Plate Tectonics was presented highlighting language demands and a task to activate this language through presentation work.

A list of criteria for good CLIL teaching and learning was presented.
Groups were handed a lesson plan focusing on CLIL teacher considerations for the lesson.
Groups were given a blank model lesson plan and set the task of beginning to identify a focus for their group work on preparing activities, lesson, or lessons.
Groups moved to a computer lab to type up their notes and discuss further.
Draft project lessons were presented to the group
Group feedback was given and noted 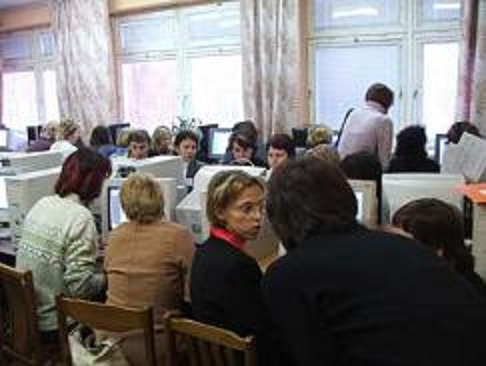 Day 3
Sample activities were presented for guiding listening in CLIL.
The Science Across the World programme was offered as a means of finding international partners (this had been identified as a useful tool for providing CLIL learners with audience for their foreign language content work).
Teachers in their groups were asked to make a plan of action for following up on the meeting. 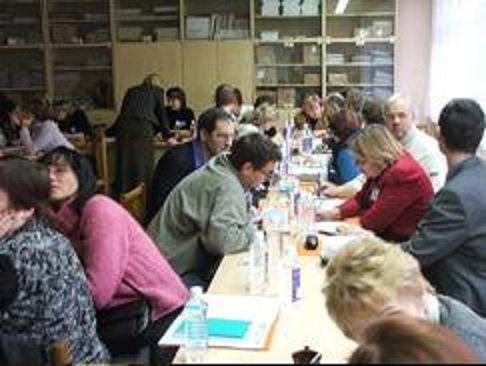 Outcomes
• Latvian colleagues were keen to take what they had learned back to their country and maintain links, seeking to take CLIL further back home.
• Nadine Ott, of the British Council Germany, established links with the CLIL project with a view to developing common initiatives between Lithuania and Germany, a country where substantial work in CLIL has already taken place.  A trainer training project is in the pipeline which will involve these two countries, among others, during the course of next year.
• The initial drafts of lessons were written following a ‘language support’ approach to CLIL for a wide range of subjects: History, Music, Biology, Biochemistry/Physics/History, Chemistry, Nature Studies, Art, Ethics, Geography as well as key points for consideration on Networking for CLIL in Latvia.
• A group identity was created among colleagues at the event and the Lithuania CLIL yahoogroup founded last year expanded by 46.  The group is to be used for sharing the lessons written, for discussion on the piloting process and for coordinating the work of the whole network.
• Volunteers were identified to liaise between schools, the group as a whole, the British Council and myself. 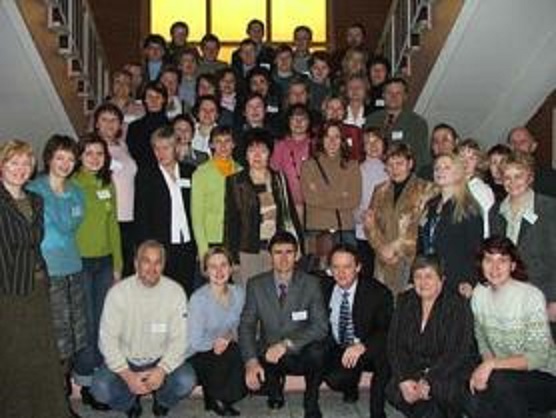 Nijole, from the Ministry of Education and Science, announced that a CLIL conference is planned for September next year and this makes a good target for this publication to be launched.  I am very excited about this network and am hoping to be able to visit the schools involved during the piloting stage of their materials writing.  The teachers were interested in this idea and all being well it should lead to a video collection of the teaching which will focus on the lessons written.

Many thanks to the Ministry of Education for hosting us, to the British Council for their continued investment in CLIL development in Lithuania, to Lilya and Vilma for their interpreting skills where necessary and to the group for their enthusiasm and coping with and managing the discussion in such a large group.