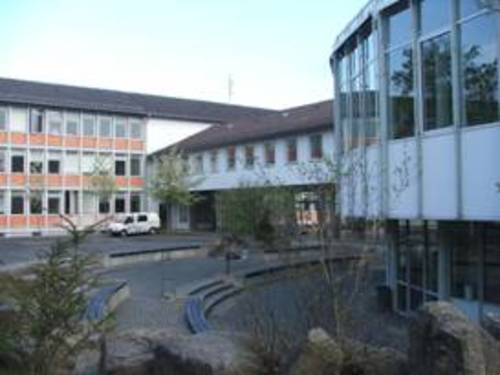 British Council, Germany carried out a series of workshops for practicing teachers of subjects taught through the medium of English in the period 1-21 November 2003.

This is part of an initiative to support CLIL in Germany and promote Science and ELT.The Audience:500 Teachers, trainers, pre-service teachers, and pupils in ‘bilingual education’ participated in the 13 days of workshops, seminars and presentations in 8 towns and cities around Germany.
They were, in chronological order: Bad Berka, Greifswald, Berlin, Spaichingen, Kassel, Hermsdorf, Magdeburg and Ludwigsfelde.

The seminars:
The series of seminars presented the programme of projects offered by Science Across the World (www.scienceacross.org) as well as opportunities for networking in groups such as FACTWorld (www.factworld.info), the Forum for Across the Curriculum Teaching and discussed major issues in content and language integrated learning.

CLIL seminar themes included ‘ideas for integrating content and language’ and were advertised in a variety of ways by local hosts (‘Bilingual Modules for Cross-curricular Learning’, in Bad Berka), and this reflected the need to shape the workshops to local needs and tastes. I was extremely impressed with the work of colleagues in Bad Berka who had written five years of the History curriculum already in the English language and who were able to focus very specifically on their real needs.Other colleagues though, less experienced, were nevertheless curious about SAW.

In Greifswald pre-service colleagues have already begun to plan their practicum using the SAW materials and programme of exchange.Needs were very different in the various contexts as you might expect.

Perhaps the most varied and one of the largest over the two days was the Berlin group. Here colleagues succeeded in identifying a great need to keep on meeting and developing networks in order to ease their workload. They have already begun this process.

Much smaller though no less dynamic was the group of colleagues who met in the Spaichingen Grammar School. A young staff from two schools, this group related quickly with the issues of developing language and content methods in their teaching and expressed interest in following up on the day workshop.

The two days in Kassel were the most intensive of the whole visit with two Chemistry lessons, a Biology lesson, a ‘think tank’ discussion with colleagues in one school, and two workshops for pre-service teachers along with their mentor-trainers. It was also hugely satisfying to be involved with such a dynamic crowd and in such prestigious schools as Friedrichsgymnasium and Wilhelmsgymnasium. A host of ideas came from the two days including communicating at a regional level with Kassel’s education authorities to investigate formalised recognition for SAW in teacher training.

Colleagues in Hermsdorf met in an ‘Inn’ and this reflected the very friendly atmosphere of the whole day’s workshop. Despite difficult circumstances in education in this part of Germany (falling population of children) colleagues were optimistic and pleased to be getting involved in the SAW educational exchange programme.

Magdeburg brought together teachers seriously looking into what CLIL has to offer. A number of schools in the region have already introduced some form of CLIL or are about to so the workshop was a timely introduction to SAW, CLIL networks and materials.

The three weeks came to an end at a foreign language weekend conference in Ludwigsfelde just to the south of Berlin. And like many other places along the way colleagues were very interested in SAW materials and methods for exchange. This was clear from the 50 people who packed the small seminar room for the final presentation on SAW.

Conclusions
British Council Germany are keen to support CLIL and Science education in Germany and this trip has gone a long way to provide fresh ideas and also much needed opportunities for networking with other colleagues not only in other countries but also within Germany itself. I personally signed up 150 teachers to the FACTWorld group, as well as 30 schools to Science Across the World (at last count!). This networking will lead to future initiatives and provide a voice for the good work being carried out in Germany in CLIL, as well as providing opportunities for CLIL teachers to share ideas materials, get involved in more educational initiatives and develop further as a professional in often difficult circumstances.

I must say that support and organisation from the British Council Germany office has been first rate. Around 20 different train journeys, 2500 km, about 50 train hours, around 500 teachers from, my estimate, 8 subject areas not including English, all coordinated by regional trainers or teacher development coordinators and the whole thing coordinated perfectly by British Council staff (thanks Nadine!)

PS - There are plenty of other pages on FACTWorld about CLIL in Germany, take a look. There's also an interview with Egbert Weisheit in Kassel about his perspective on CLIL in Germany on Macmillan's onestopenglish.com website.