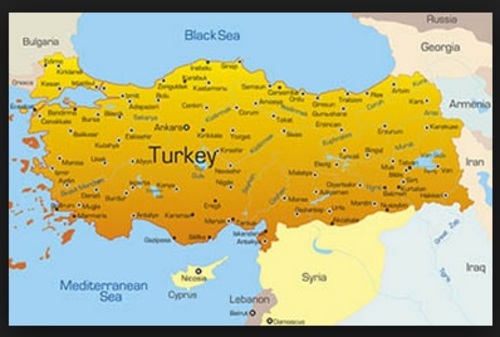 Turkey - An Overview of CLIL

A brief history of CLIL in Turkey:

CLIL and Turkish education system has had an on and off relationship since 1970s. The first CLIL implementation in Turkish context started at -what was called then- Anatolian High Schools. With every subject taught through English (foreign language), the system proved to be quite successful at the acquisition of EFL and students from that time including our dearest Derya Bozdoğan remember those days with joy. Unfortunately, CLIL was put aside in primary and secondary education as part of the national education system at 1990s. However, CLIL in higher education kept going at highly prestigious universities like Middle East Technical University and Bosphorus University. Today, CLIL is happily on the rise in Turkey. Besides being implemented in higher education, many private schools from primary and secondary education have adopted CLIL in various subjects. There are lots of workshops and webinars on CLIL for Turkish teachers and the academic work on CLIL mounts up day by day. It is plausible to foresee that the adoption of CLIL at all levels of education will get more common in the upcoming years.

Karabacak, K. , Erdem, S. (2015) . The effect of using English story books in English courses by adapting them to different activities on the foreign language success of the students. Procedia- Social and Behavioral Science, 176(2015), 1028-1033.

Blogs
http://comeniusasistanelif.blogspot.com.tr/2014/01/clil-nedir-ne-degildir.html
A blog on the experience of a maths content teacher with CLIL. Last entry on CLIL at 26.01.2014.

A blog which gives a brief introduction on CLIL. Last entry on CLIL at 20.03.2015.
http://tecrubelerimiz.com/q/clil-content-and-language-integrated-learning/?id=1298

A blog where you can find videos for CLIL usage. Last entry at 09.10.2008.
http://clipsforclil.blogspot.com.tr

Steve Darn explains what CLIL is and how it takes place in Turkey.
https://ieselpalobilingual.wikispaces.com/CLIL-Methodology

Content teachers  from several vocational schools in Erzurum (a city in Turkey) visit Germany and Belgium as part of EU Da Vinci project to learn more about CLIL and hopefully implement it at their schools.
http://www.erzurumgazetesi.com.tr/haber/Mesleki-egitimde-yabanci-dil-projesi/54206

Students from Mev Private Schools develop materials on sports to present them to their friends in Vienna. Their last visit to Vienna was on April 2015.
http://www.mevkolejiankara.k12.tr/TR,9422/comeniusla-viyanada.html

7th graders from Private Arı Schools prepares presentations, discussions and shows for a project named London. They dramatise “What to do in London” and also have discussions and presentations on the subject in 2015 spring academic year.
http://www.ariokullari.k12.tr/haberler/london/

TED Private Schools started a project with Oxford University Press on CLIL and e-learning. An online programme called TEDdys Ready is open to any students in Turkey to study on Maths, Social Sciences, Science, and Arts through CLIL.
sebit.com.tr/assets/basin_bulteni/2012/2012-09-21.docx

AECLIL is a three- year- long project by European Commision Life Long Learning Programme. There are eight countries including Turkey. Hacettepe University from Turkey is a partner in the project and participants plans to integrate CLIL into physics engineering department.
http://aeclil.altervista.org/Sito/wp-content/uploads/2012/11/project-turkish.odt

Bahçeşehir Private High School has been teaching Science and Maths through CLIL since 2006. This time they participate in a CLIL project in Europe in which they contribute by developing materials.
http://www.eclilt.net/TR/Turkey.html

Turkey participated in the project by uploading two lesson plans with CLIL.
https://europeancontest.wikispaces.com/2.+And+the+winner+is...+CLIL

Final Private Schools adopted CLIL as their foreign language teaching methodology through all grades starting from 2015 academic year and they plan to choose their coursebooks accordingly.
http://www.finalokullari.com.tr/e-katalog/anaokulu/files/assets/common/downloads/publication.pdf

Macenta Training Academy offers courses and workshops on CLIL. There are webinars for teachers to participate and teachers who are interested in CLIL are welcomed to seek for assistancy.
http://academy.macenta.com.tr/