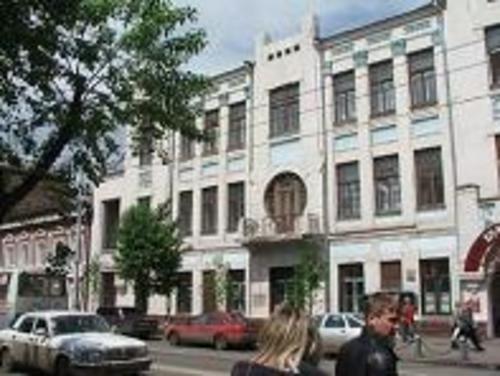 Russia - Science Across in Siberia

Science Across in Siberia

The British Council Krasnoyarsk hosted a follow up meeting for teachers of English in Siberia on Science Across the World with the theme ‘Taking the programme forward’ on Saturday 19th November 2005. 15 teachers of English at various levels of education from primary through secondary to tertiary University education in interpreting and language pedagogy were brought together to discuss the development of the programme in Siberia.

Half of the group had been introduced to the programme in June 2005 and the other half were newcomers with two colleagues joining us from Yuzhno-Sahalinsk in the afternoon with a view to maintaining links with networks in Eastern Russia. 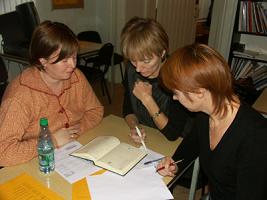 What makes the programme work? 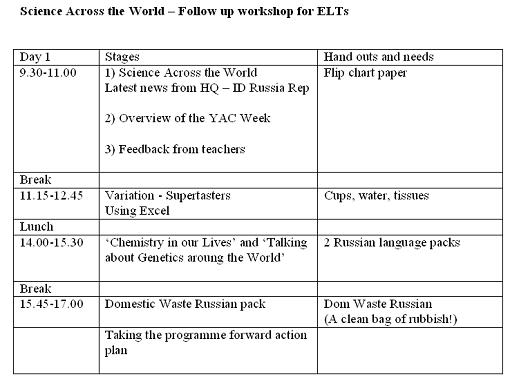 This workshop builds on the YAC week (Young Ambassadors for Chemistry) in Krasnoyarsk from 14th to 18th November, 2005 which produced the two Russian language packs ‘Talking about Genetics around the World’ and ‘Chemistry in our Lives’.

Participants were given an overview of the Young Ambassadors for Chemistry week successes and lessons learnt.

The teachers were also given examples of new activities for carrying out surveys in the classroom based on Science Across topics such as ‘Supertasters’ which, among others, involves participants measuring the number of tastebuds they have and preparing an Excel presentation of the results. 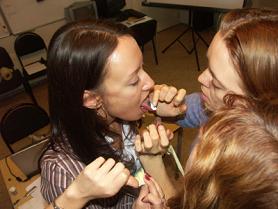 …investigating variation in the group…

Colleagues were asked to consider ways of working with colleagues in schools and institutions who do not work through the medium of English making use of the Russian language packs.

In addition, colleagues were given hands on practice of the ‘Domestic Waste’ pack, also available in Russian. In this final session colleagues had to investigate a bag of Russian rubbish as waste detectives and make a presentation on the identity of the person who made the rubbish. 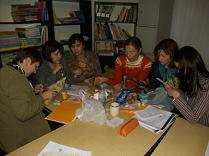 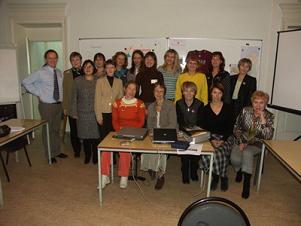 One key question which arose about putting the programme into practice was the restricted access to the internet and where there was access the restricted traffic available. In an attempt to alleviate this problem Science Across provided complete static copies of the programme website for colleagues to use and so bypass the need to download the materials for use in their schools. There is a clear need for supplementary training in IT and Internet use and this step goes some way to ensuring the long term development of the programme in Siberia.

An egroup has been set up named ‘Krasnoyarsk Schools’ in Yahoogroups to facilitate the communication among schools in Siberia working on the Science Across the World programme.

It’s very encouraging to see how much is going on in one region, a great deal of collaboration between disciplines, between different organisations and between different faculties within organisations. This is a useful model of integration for other contexts and on which we will be giving as an example for our work in other countries.

Many thanks to the British Council in Krasnoyarsk for hosting the event and taking care of us all!