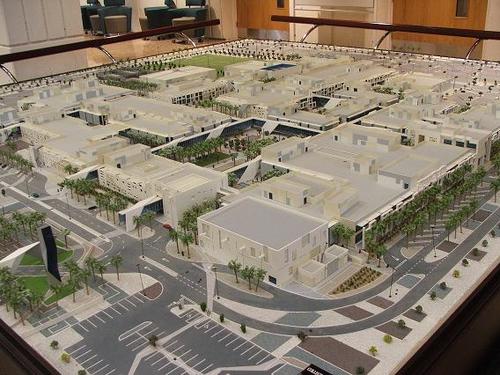 The British Council organised a CLIL (Content and Language Integrated Learning) fact-finding mission to Qatar, Wednesday 28th February to Thursday March 1st 2007.   The visit was part of the regional project for improving the teaching of English and building networks of English language teachers.  Within this remit there is a lot of interest in the region in CLIL and in certain areas some very substantial activities going on which are very much worth sharing.  Anne Saldanha (anne.saldanha@qa.britishcouncil.org), Senior Teacher Adults and Teacher Training at the British Council, set up the meetings, talks and workshop of my visit to Qatar. 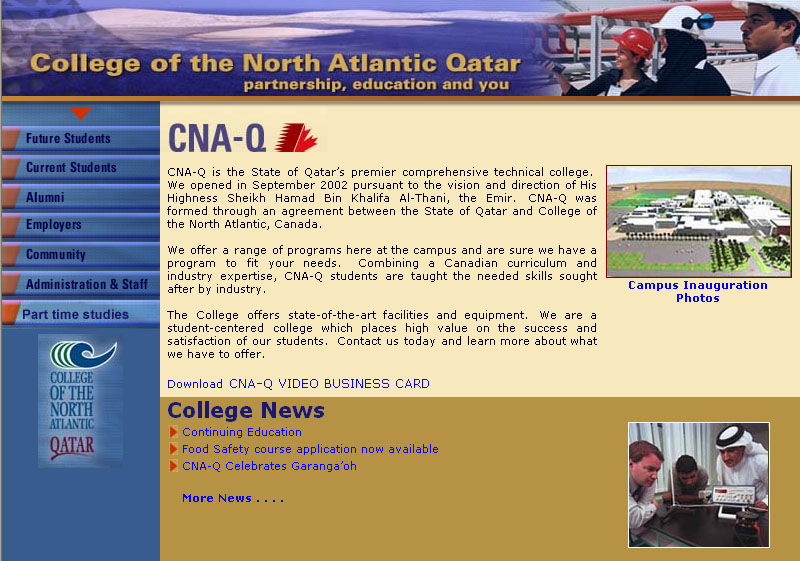 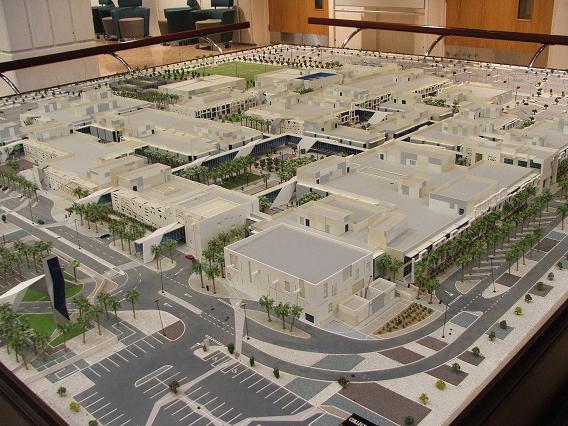 An interactive talk was organised to be hosted by CNAQ - College of North Atlantic campus in their lecture hall for 150 participants.  The audience here was teachers from Supreme Education Council Independent Schools, Universities, and those Ministry schools where teaching is mostly in Arabic.  The University is one of a number of English-medium Universities opening up in the country.  This sector is likely to grow here. 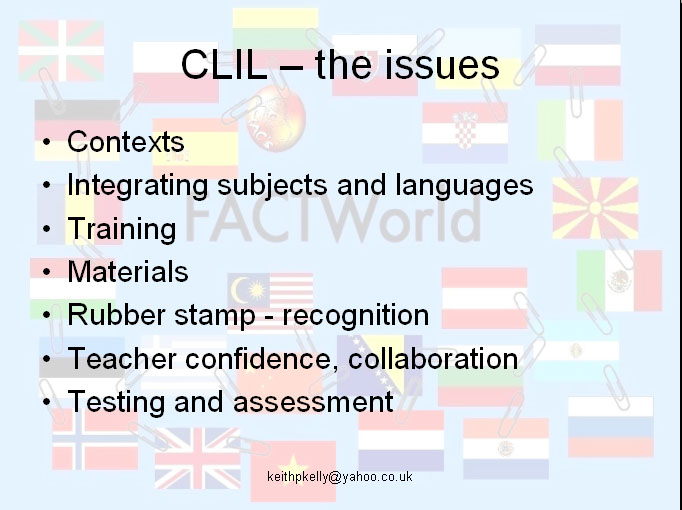 The talk focused on CLIL Issues and covered a range of imporant questions on integrating content subjects with a foreign language.  The interaction with the group was good and perhaps indicative of the relevance and need for this discussion on CLIL.  Some of the teachers from CNAQ were from a Canadian background and made reference to the work of Bernard Mohan - ‘the father of content and language integration’.  It’s a good idea to do a search on Mohan, there are many useful references to his work on the Net.  These colleagues are now being asked to write curriculum guidelines for their work in providing language support to the content faculties at the University.

There were representatives from managers of Independent schools, now teaching curricula through the media of English.  There was also a number of Science teachers from government schools.  This is an area of particular interest for me in Qatar since these schools are now recruiting English-medium content teachers, their teachers are working through the English language and having to deal with all the issues this raises.  I’m told that there are 60 such schools in Qatar with another 20 expected to join them with independent status and an English medium curriculum in the autumn.

What is the language of Maths?  If schools are going to be teaching their Maths curriculum through a foreign language, the systems may need to carry out broad investigations of the language demands of the subjects and prepare learning resources based on this discourse. 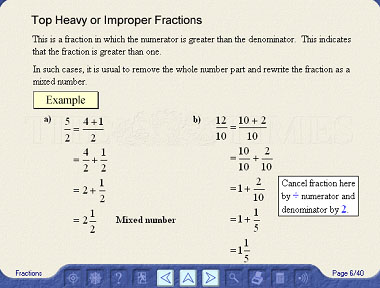 Top heavy or improper fractions
'This is a (fraction) in which the (numerator) is (greater than) the (denominator).'
'This indicates that the (fraction) is (greater) than (one).' 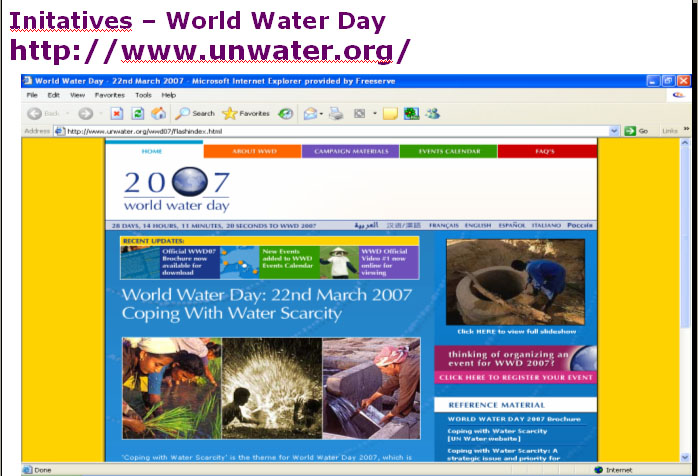 Two one-hour sessions were also organised for British Council Teaching Centre Teachers at British Council Qatar.  The focus for these meetings was similar to the aim of the visit in general – CLIL, issues, resources, networks.  There was a lot of interest in both groups in Science Across the World, www.scienceacross.org and the Making the News project (http://mtn2.e2bn.org/mtn/) especially the Drinking Water topic which could be a good exchange to carry out in preparation for World Water Day on March 22nd, 2007.

An interesting second stop on the Middle East tour.

Am already organising a return visit to work with Independent Schools integrating Science, Maths and English.