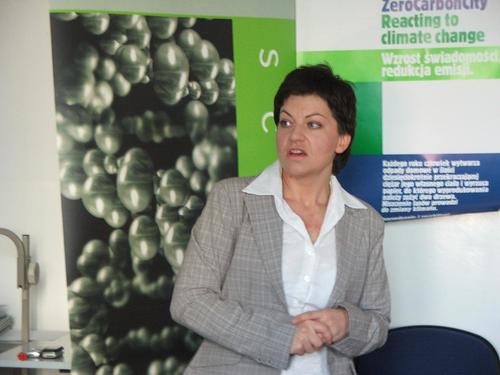 Richard Dawson (richard@field-studies-council.org) from the Field Studies Council (www.field-studies-council.org) has written four thematic units on climate change which I’ve worked on adapting for a Polish EFL audience.  The resources have been reviewed by Geography, English and CLIL teachers in Poland and this event is the start of the trial process.
I'd like to highlight Field Studies Council UK work in this area with schools in Wales and Thailand.  They have a project which links up schools in these two countries where they can measure their environment footprint and compare their results with that of their partner school.  Richard tells me that they are working on expanding the programme to include other areas and it might be an interesting project to look out for in the future if your schools is focussing on environmental education.

Colleagues from a variety of environmental education institutions around the country came together at the BC offices in Warsaw to be introduced to the materials and to share ideas for cascading the initiative among their colleagues in their home contexts. 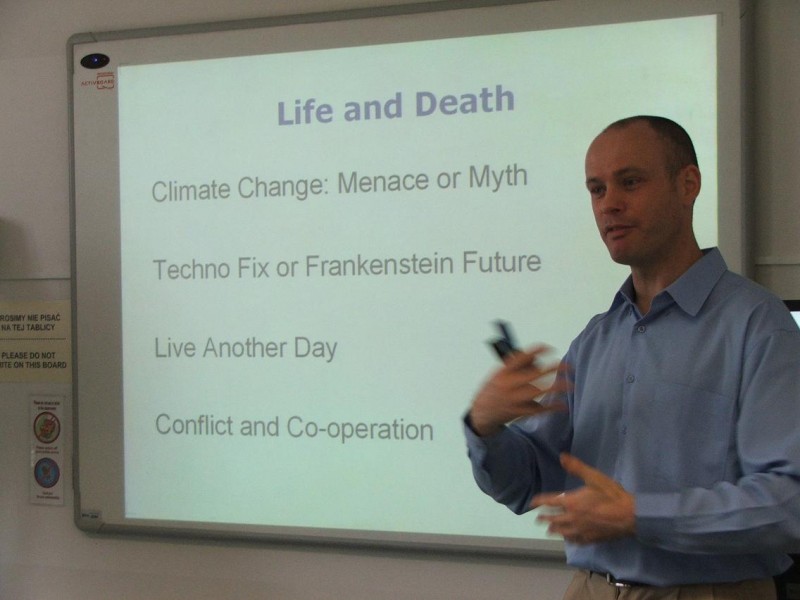 Climate Change: Menace or Myth - a unit which gets students investigating and differentiating fact from fiction in climate change.

Techno Fix or Frankenstein Future - this unit looks at the role of technology in helping us in solving or exacerbating climate change problems.

Live Another Day - this set of resources explores lifestyles and their part in contributing to carbon emissions.

Conflict and Cooperation - a unit which looks at the role of the individual, businesses, communities, governments in combatting climate change.

I presented the Science Across the World programme to the group (www.scienceacross.org) and the new  Climate Change topic and offered the idea of using the programme as a medium for exchange and communication through the database of over 4500 teachers in the database for the young people they work with.  Making The News (www.mtn.e2bn.net/mtn_satw) was presented also as a means of publicising the work of the students who will be attending the workshops these colleagues will offer using the Climate Change resources.

Richard offered a blueprint for organising a workshop and colleagues discussed good learning activities as they attempted to build the ideal paper aeroplane through reflecting, planning and testing their prototypes in a learning cycle.

The aim of the workshop is to develop a network of facilitators who can offer English-medium climate change workshops in response to a need expressed by teachers and students involved in the ZeroCarboCity campaign in 2005.  The colleagues in the group will be given the complete set of resources and teacher's notes when the final draft is done for the beginning of January 2007.

Teachers of English, Geography, teachers interested in CLIL, as well as colleagues from environmental education institutions came to the second day's workshop to give us their opinion of the materials and the project.  Their criticisms were extremely valuable. 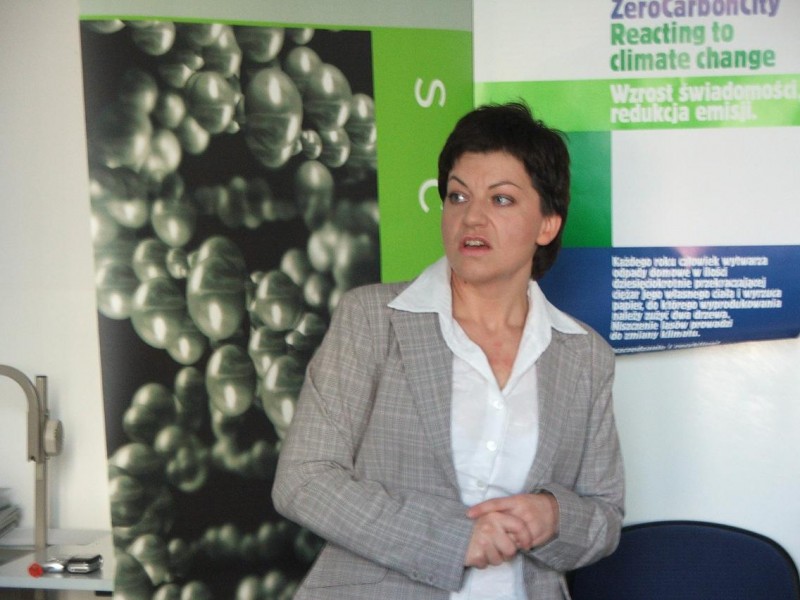 Beata Grudzinska (beata.grudzinska@britishcouncil.pl) introduced the project and gave background information on the history and activities leading up to this initiative.  I then gave an overview of issues related to content and language integrated learning and Richard gave the climate change perspective.

We wanted to move quickly on to the stage where the teachers got their hands on the materials and had the opportunity to try out and discuss some of the tasks in their small groups so that we could make the most of their feedback in our next editing phase.

It's worth pointing out that in consultation with the local teachers mentioned above the resources have been written to meet demands for English language school leaving exams, the matura.  This can be seen in the types of tasks, the attention paid to vocabulary, the length of written work and the inclusion of presentation tasks as well as many others. 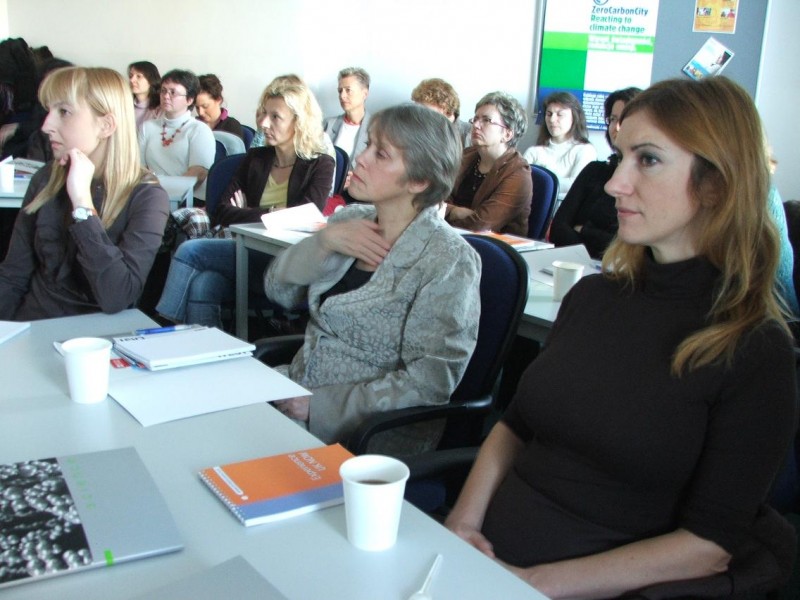 Some of the comments from the group were critical but constructive.  Certain themes in the texts, it was thought, were not appropriate for 16-18 year olds, such as a text on sustainable home building, and it was suggested that we choose themes more 'at their level'.  It was also suggested that the teacher's notes should contain more help, more ideas and tips on, for example, dealing with new vocabulary and also a glossary of terms for the teacher as well as the students.  This is something we plan to add in an expanded section entitled 'Background Information'.

Overall the feedback was very positive.  The English teachers in the group saw the resource as a valuable one for their language classrooms and they looked forward to receiving the finished product. 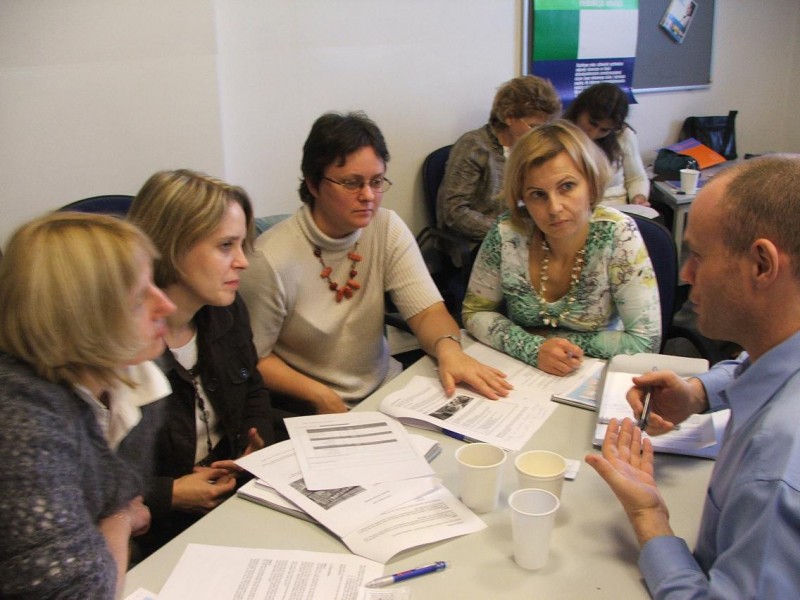 I think the project is highly innovative from a language and content perspective.  It's encouraging to see such 'joined up thinking' in an area where it makes so much sense to bring geographers, environmental educators and language teachers together.  After all, it is a global problem and communication between communities is of paramount importance in achieving understanding, raising awareness and seeing the global environment picture.

In a meeting with the BC team, and speaking to Tony O'Brien, director of BC Poland, it is clear that there is a desire to take this project further in Poland.  There is interest in this initiative at BC headquarters in Science in Manchester and ELT in London and it would be a great step to see this highly successful initiative exported to other parts of the world where colleagues are integrating climate change education with the teaching and learning of English as a foreign language.

Keep an eye on this!