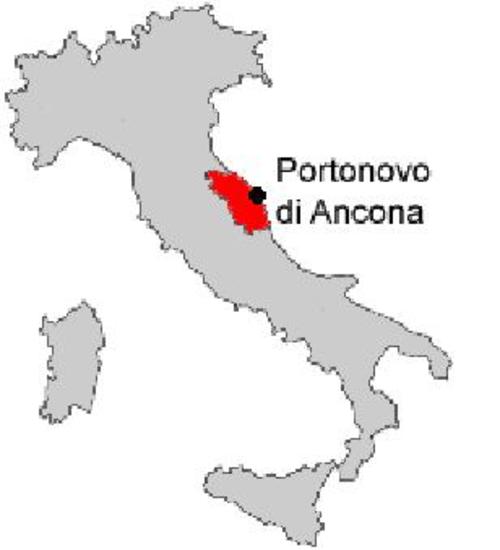 The conference was held in the beautiful resort of Portonova, close to Ancona.

Some of us were fortunate to stay in the delightful Napoleonic fortress Hotel Fortino where we were treated to song, dance and food of the kind only the Italians know how to produce, to a backdrop of the Adriatic doing its thing. 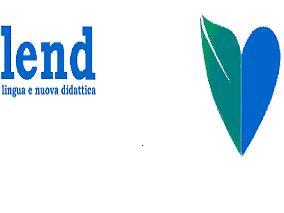 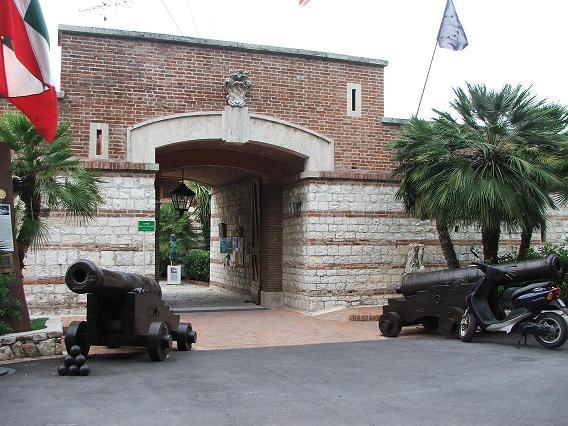 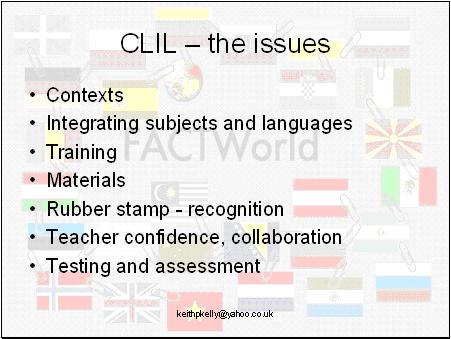 My own plenary and workshop themes on English-medium education seem a little dry in comparison to Stephanie’s ‘Breathing life into literature’, or Mark’s ‘Dramatic openings: The What, Why and How of Drama in ELT or Mario’s ‘The 100% student autonomy of listening and reading’, to name but a few of the wonders of the conference.

The truth of the matter is that integrating content and language is now a reality all over Italy and EFL colleagues there are keen to find out what it’s all about if they don’t know and look into materials development and task design if they do.  This would explain the 60 people coming to my workshop on this issue and the 200 or so at the plenary. 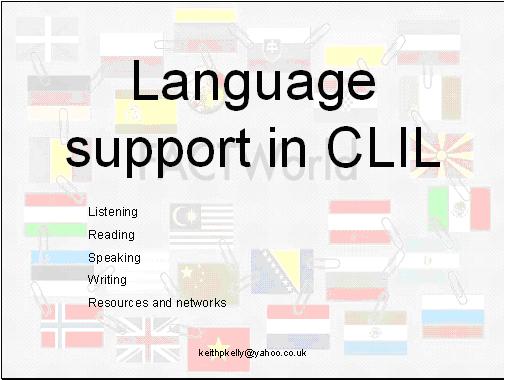 Is teaching anything in a foreign language now called 'CLIL'? Content and Language Integrated Learning is becoming more and more popular with both language and content teachers around the world. This growth has led to an expansion in the number of approaches being offered to teachers, the courses available and generally the interest in this area of education, though little in terms of published materials for teachers. What exactly does good CLIL practice entail?

What exactly does it mean to support language in content education?
This paper offers the premise that CLIL is defined by the explicit provision of language support to learners of foreign language content.  This plenary will look specifically at the provision of ‘language support’ and offer a working definition for this term. Participants will see a wide range of examples of content materials from around the world and the language demands teachers have identified as well as the subsequent 'language support' activities they have produced. 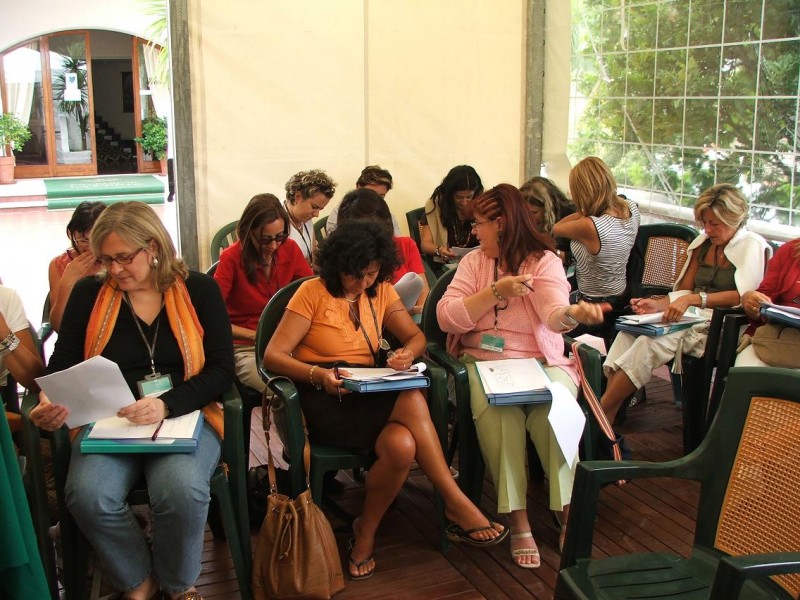 If you were given a sample text, or visual from a content book on, say, Chemistry, could you plot the language demands this material would entail for any given group of learners? Would you be able to create a task which supports the language identified either through guiding learners through a listening, or a reading, or with provision of support for learners to reproduce the language in their own words?

Participants at this workshop will be presented with sample ‘texts’ from a range of subject areas and they will explore two areas: identifying language demands in content texts and task production for language support. 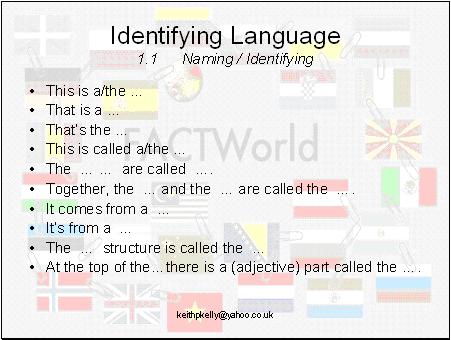 For example, colleagues were given a text on cells and asked to underline cells which describe ‘structure’, ‘function’ and ‘location’ of cells in the text.  The teachers found verb phrases such as those in this box.  Colleagues were then asked to organise their verb phrases into families with headings, structure, function, location.  When the group had finished they had produced a ‘language support’ sheet not only for Biology, but also for any context students may be asked to talk or write about structure, function or location.  It turned out that there were other phrases too, such as those for describing ‘types’, and adverbial phrases such as ‘tends to be’.

The teachers were also asked to carry out text sorting activities as a focus for a discussion on ‘reorganising’ knowledge in text and the role of the CLIL teacher in identifying generic structure in texts and where the textbooks do not provide frames to guide students in their reading, the suggestion is that teachers of CLIL should be creating their own. 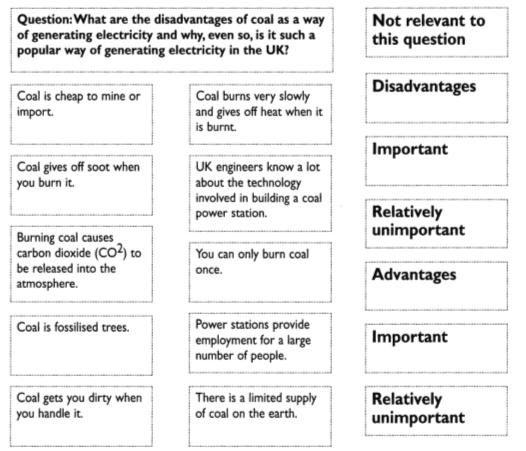 The text teachers were given to sort was on coal as a source of electricity which had the colleagues consider the arguments and make decisions about these arguments and place them under a number of headings in a tree diagram formation.

An interesting issue was the use of the mother tongue in the discussion process in groups.  There was unanimous agreement that this was acceptable since it was the thinking which was important at this stage and so learners should be left to choose which language they could deal best with the thinking.
(Strong, J. 2001. Literacy Across the Curriculum. London: National Literacy Trust/Collins)

Another example given here is the ‘Diet and disease’ text from the ‘What did you eat?’ pack of useful schools’ web-based exchange programme (www.scienceacross.org) Science Across the World.  The text, in two columns, is in linear form with headings in bold and paragraphs.  This time the colleagues were given the task of identifying a generic diagrammatical structure for the text to act as a frame for information transfer activities which would guide reading.  The creative suggestions for the types of diagrams which could be used were endless, but there was broad agreement on the generic structure which was something of a combination of a tree diagram and a series of flow diagrams which looks like a table but only because the flows are placed one on top of the other.  Students could be given the task to read the text and put the information in the correct place, or they could be given the chunks cut up on separate pieces of paper and given the same task as with the ‘Coal’ text above where they sort out the chunks into the correct places.


There was much discussion on the importance of these kinds of instruments for learners to have in their English-medium content work.  These language support sheets and diagrams help learners both filter content and construct content sentences and at the same time enrich their language and take students beyond the safe, simple but correct sentence structure they may employ otherwise.  They structure the learner’s production of the academic language of the content subject.  These instruments are good examples of the ‘scaffolding’ referred to in the work of Jim Cummins (http://ww1.iteachilearn.com/) which is so sadly lacking in much English-medium content teaching.

Another area of focus at the workshop was ‘dealing with data’ with an example table of statistics looking at ‘Injury Death in Children in Europe’.


As above the colleagues had to predict what the language would be for the learners to produce sentences based on the data and then look at how they could transform the sentences they had predicted into a substitution table which could be given to FL learners using such data in their lessons.  The data used was from the Keeping Healthy pack, again from Science Across the World a section of which is given above.

All 60 participants at the workshops were given the chance to sign up to the Science Across the World programme (www.scienceacross.org) free of charge and the take up was very good.  The colleagues were also keen to join the FACTWorld network (www.yahoogroups.com) and begin to communicate with the 2500+ members in the group.

We couldn’t look at Science Across the World without carrying out some of the Science Across programme classroom activities which make it the biggest web-based internet exchange programme in the world. 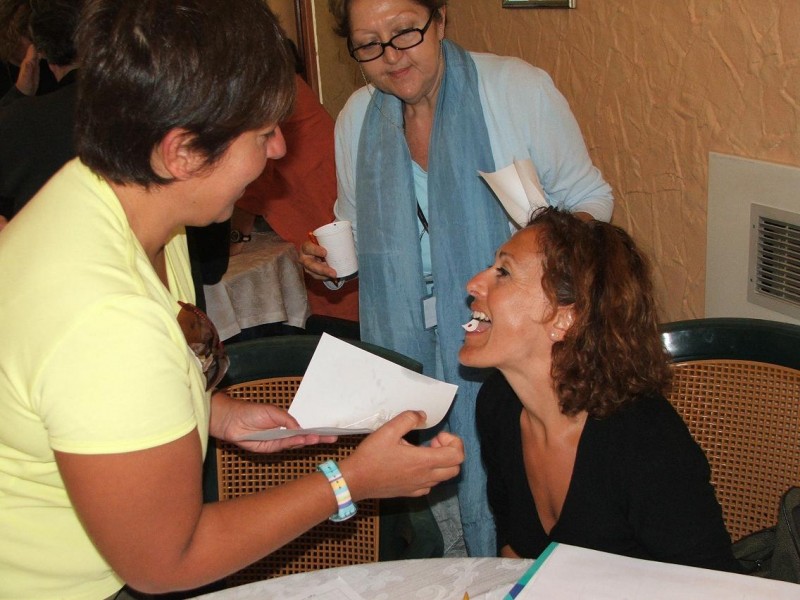 Colleagues had to carry out a survey of the ‘variation’ in their group and looked at hair colour, eye colour, height, tongue rolling ability, taste buds, middle finger hair, earlobe shape.

In their groups colleagues investigated the variation in the group and prepared and presented their results in the form of a one minute poster presentation. 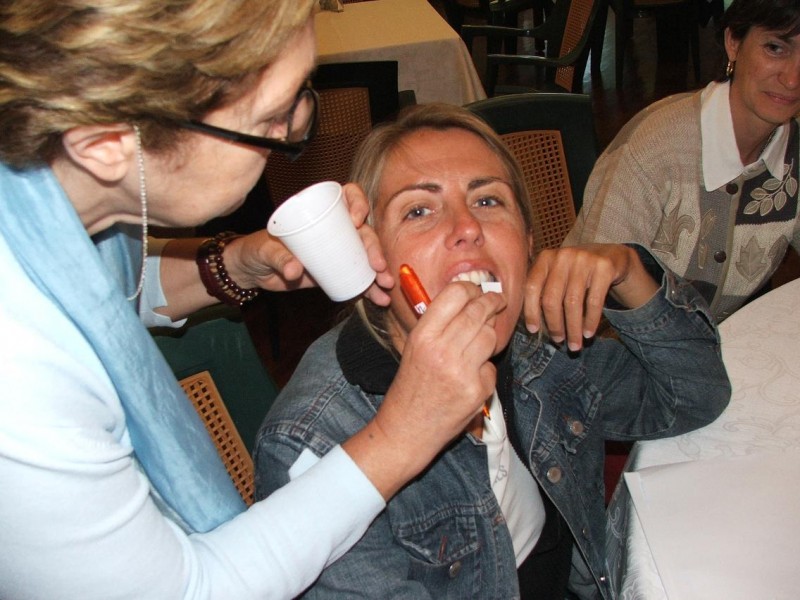 Again, the focus was on how to support language production in such an activity.  Phrase sheets, presentation frames, sentence starter sheets, language wall posters, subsitution tables were all suggested. 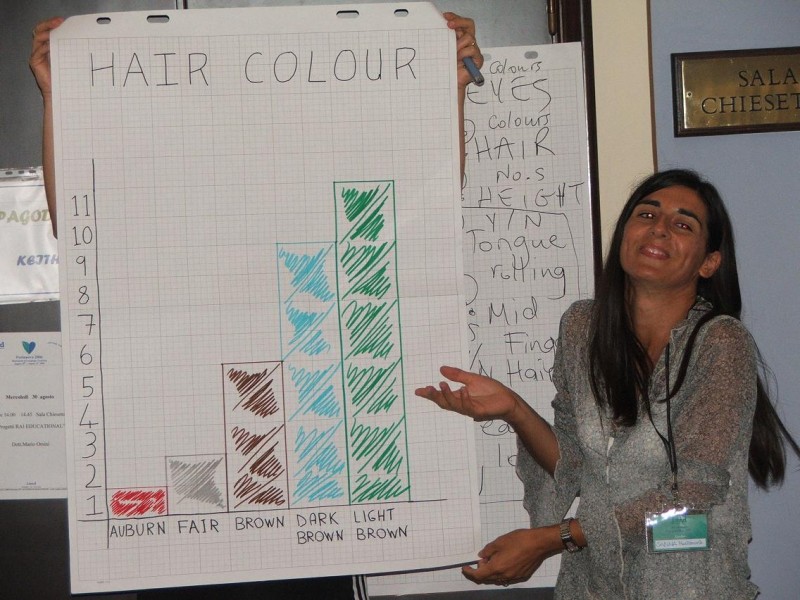 There were a number of significant outcomes from the the couple of days at the conference in Ancona.  Firstly, it’s clear that ELT in Italy is paying a lot of attention to CLIL given the interest from the participants at this event.  Additionally, among the exhibitors there was a publisher (Zanichelli) with two recently produced books for CLIL in Italy, one to do with the Universe and the other focusing on Geography and Art.  I had fascinating conversations with colleagues and co-presenters about integrating Drama and Content through the medium of English and discussed the question of whether or not it was time that there was a large conference which brings together both ELT practitioners and content teachers who work though the medium of English to share persectives.  ‘Humanism Across the Curriculum’ may be a good place to start thinking.  Lastly, there will be a national Lend conference in Bologna in October next year and it’s likely that CLIL will play a large part. 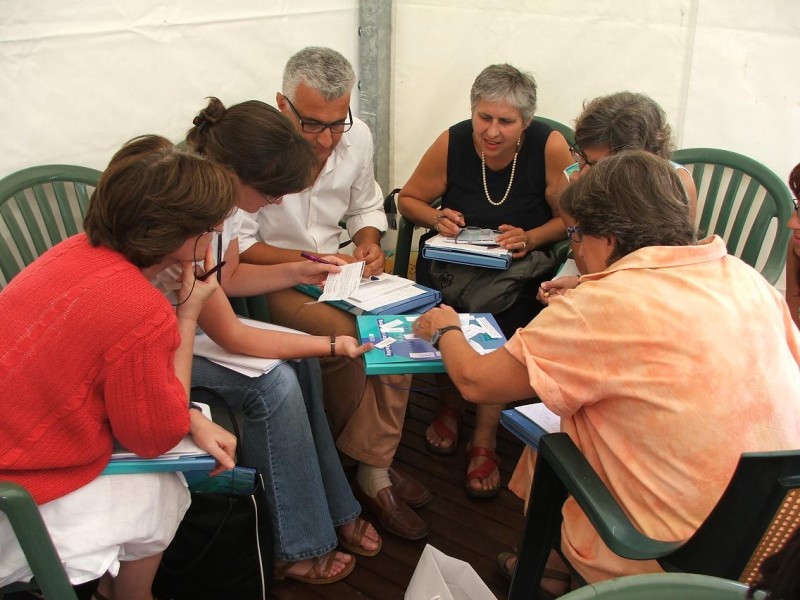 Keep an eye out for Italy, there is a lot happening in CLIL!

Thanks to Valeria and colleagues.