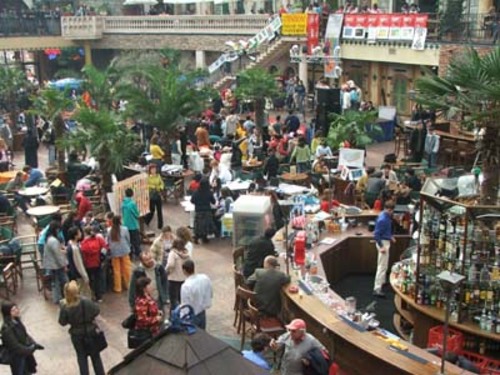 As part of initiatives to promote Science Communication in Bulgaria the British Council organised a Play Science Festival at the Sofialand pleasure park in Bulgaria’s capital, 25.3.2005.

School teachers and students from all over Bulgaria came together for a day’s science activities including Science theatre, Science rap, a Science fashion show, posters on Science projects from participating schools, practical Science experiments and also representatives from British Science communication projects from the University of the South West of England. 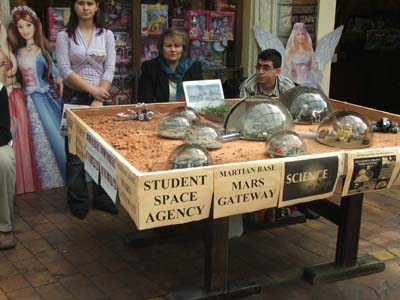 My contribution, when Lufthansa finally brought my luggage, was rocket building and launching with children of all ages and sizes in the grounds of the Sofialand complex. 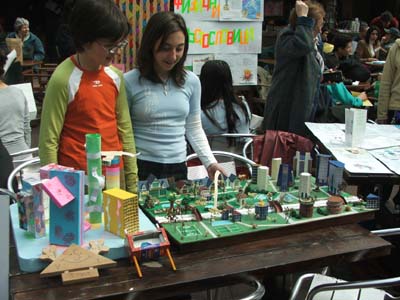 The Science activity day is an example of the wonderful work that the British Council in Bulgaria is carrying out in the popularisation and communication of Science. 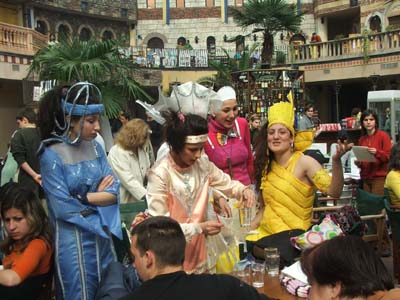 Lyubov Kostova, lyubov.kostova@britishcouncil.bg, Science Manager at the British Council, also has a background in PR and it shows in the events I have seen organised with her participation. 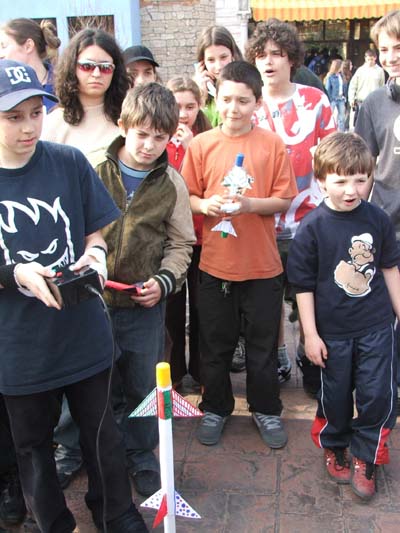 The Sofialand venue was perfect for such a Science popularisation event with children demonstrating their projects all around the complex on a ‘drop-in’ basis to the public. At the same time, Ian Stewart, BC Director, and representatives from the Ministry of Education said a few words of welcome to the gathered crowds.

In collaboration with the Ministry of Education and Science, the British Council organised a workshop for 30 regional inspectors and experts of Physics and Chemistry Education from around Bulgaria. The focus of the workshop followed the theme of the Play Science Festival and looked at developing communication in Science, particularly Physics and Chemistry in Bulgaria. Colleagues were presented with examples of initiatives of Science popularisation activities from around the world and were given an introduction to Science Across the World, www.scienceacross.org. 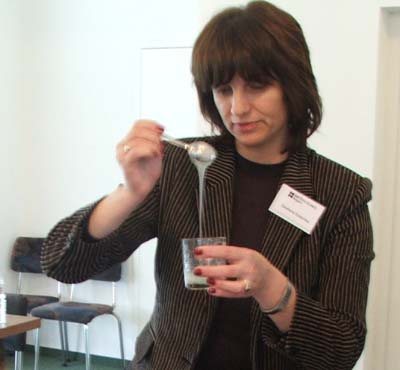 Lida Schoen (amschoen@xs4all.nl) Chemistry teacher trainer from the Netherlands, ran a workshop on cosmetics where colleagues had to produce a line of hair gel, shampoo and bath salts and then present their products to the group during dinner on the first evening. The winners won a chunk of Dutch cheese. 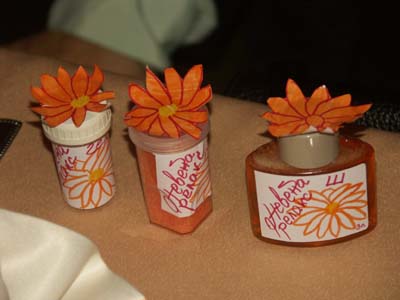 Despite the heady smell of perfumes wafting around the seminar room, we didn’t pass out and lines of cosmetic products were concocted secretly around the room, colleagues hiding their ideas and techniques for marketing their products. 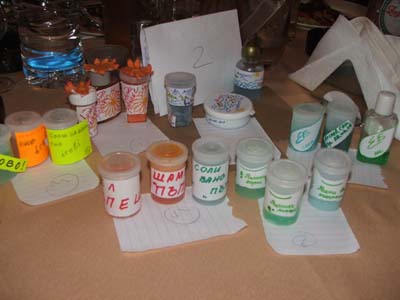 This event is a significant meeting for this network of colleagues who play a role in advising practising teachers of Chemistry and Physics around Bulgaria. It is significant because the workshop took place in Bulgarian with Stefka Kitanova providing running translation where necessary and this brings the Science Across the World programme with communication at its heart to a wider educational community in Bulgaria. 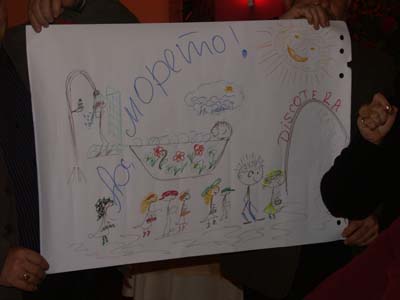 Elka Zlatkova, Expert for Physics for the region of Sofia, has suggested organising a workshop based on the Physics-related Science Across the World packs for teachers in the Autumn. Colleagues from other Bulgarian towns and cities also discussed incorporating the programme into their Science festival activities in the Autumn. 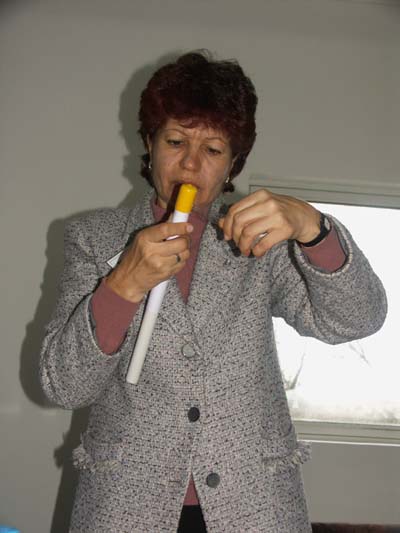 On day 2 colleagues were awoken with another practical activity involving rocket design and construction and, since they were all Physics experts, they were given the task of identifying a means of calculating the altitude of the flight of their rockets during the launching of the rockets. The answer is found in simple trigonometry, of course!!!!, where colleagues stand 30m from the launch site and using a protractor prepared with a string and weight they measure the angle created and calculate the height (T = O/A). The best rocket flew for 7 seconds and was designed with a Bulgarian and EU motif indicating a positive future which everybody liked a lot!!

Session 2 involved colleagues carrying out a cluster discussion looking at the Science Across the World programme and the benefits it could offer teachers in Bulgaria, as well as the challenges teachers would face should they be interested in joining up. Comments were rich and varied and in the afternoon the same activity fed into a discussion on how these advisors could support the process of developing communication in Science in Bulgarian schools using the Science Across the World programme.

Ian Stewart and the British Council in Sofia hosted the afternoon’s activities in their multimedia room and colleagues were shown resource websites for Science as well as the Science Across website and possibilities for teacher development under the Comenius and Grundtvig programmes.

In preparing their action plans, the advisors offered very clear and concrete suggestions for following up on this short but intensive and fruitful two days. 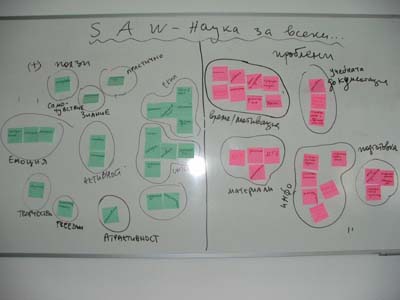 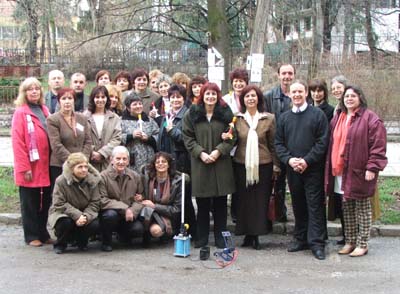 The group of Science advisors was a delight to work with. The colleagues were very receptive and participated wholeheartedly in the activity. They also raised some very useful issues for discussion which placed the development of Communicating Science in the reality of the Science classroom in Schools in Bulgaria.

Both Lida and I are looking forward to future opportunities for working with them again.

(The report of the event can be downloaded below)