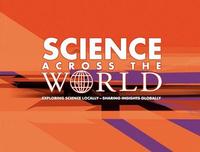 I was glad to be able to attend the third national bilingual conference in Brazil recently.

The school’s director gave an address in Portuguese and then we all stood to the Brazilian national anthem with its uplifting base drum, you could feel it along with the singing from the audience, raising the adrenalin of the group for what was to come. 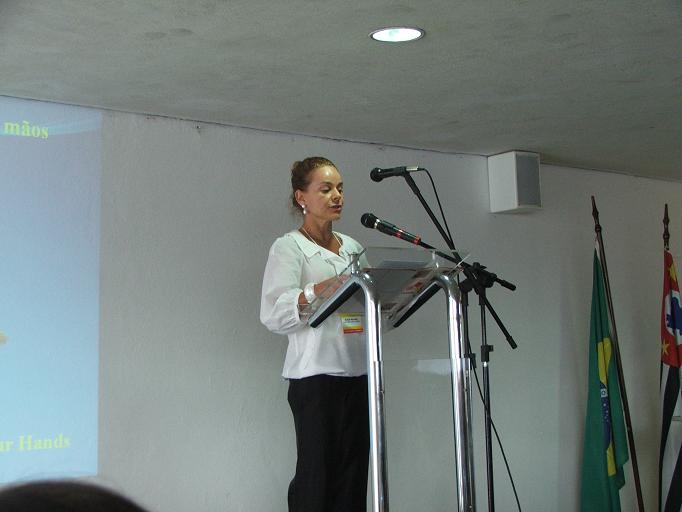 Jim Cummins, introduced as ‘one of the giants of bilingual education’, gave the opening plenary ‘Bilingual and Immersion Programs: What can we Learn from 40 years of Research?’ 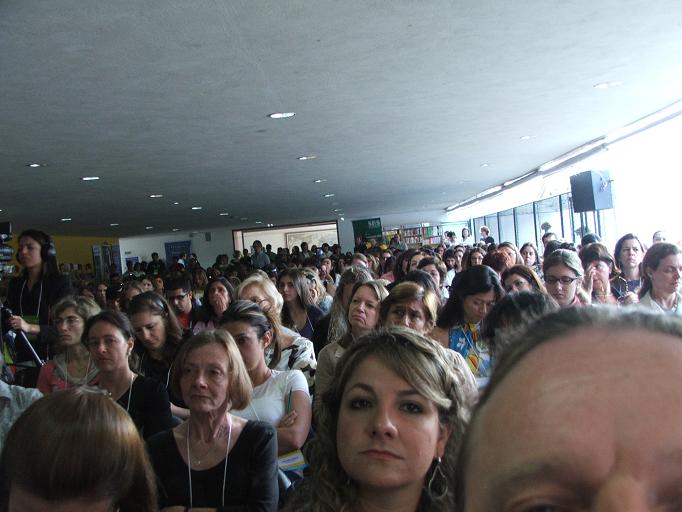 It’s refreshing to have the opportunity once in a while to be able to listen to speakers like Jim Cummins.  His delivery is simple and at the level of the audience while at the same time dealing with the most important issues. 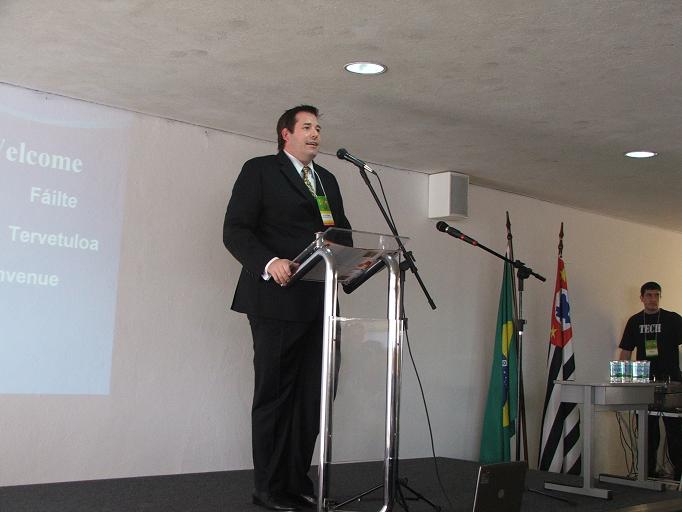 The conference was opened by Lyle French, the academic director of the school’s English programme who set the tone for the rest of the conference with a stress on bilingualism beyond English. 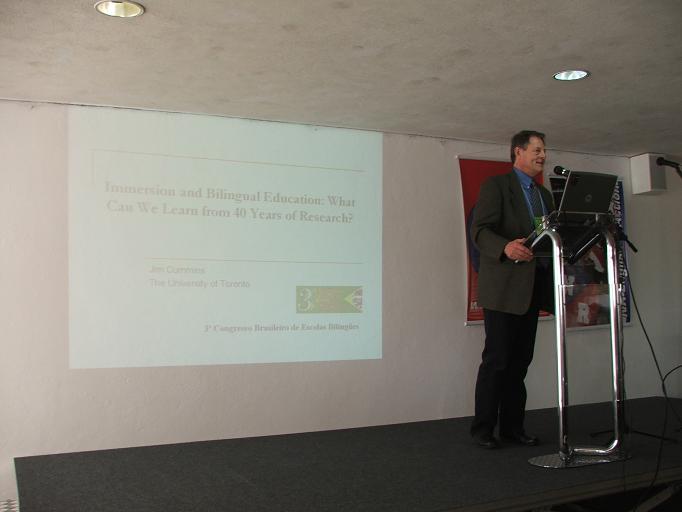 It's very refreshing to sit and listen to someone talk and feel that you agree with everything they are saying.
One of the messages was that there are so many diverse contexts where content and languages are integrated today that there can be no one method to suit all. He went on to describe a number of the different options, one of which being CLIL and stressed that the important thing is for local contexts to make choices which reflect their local needs. 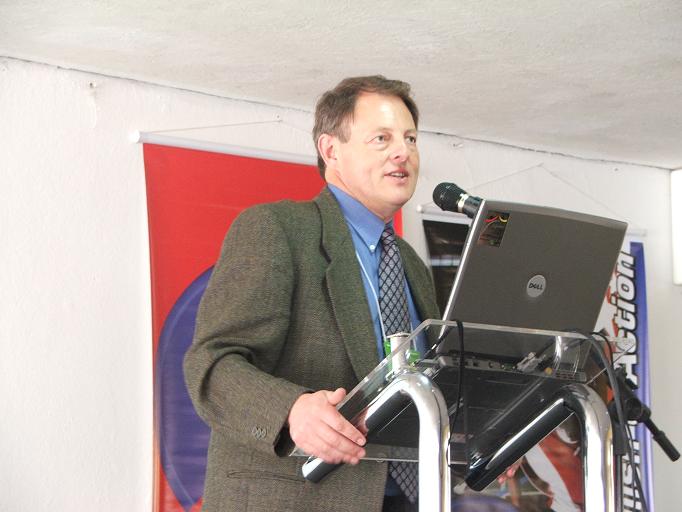 It's a sign of the success of the school having such a prestigious line up of speakers.
Cummins stressed an approach which is based on key principles, two of which are scaffolding and starting with what the learners already know. 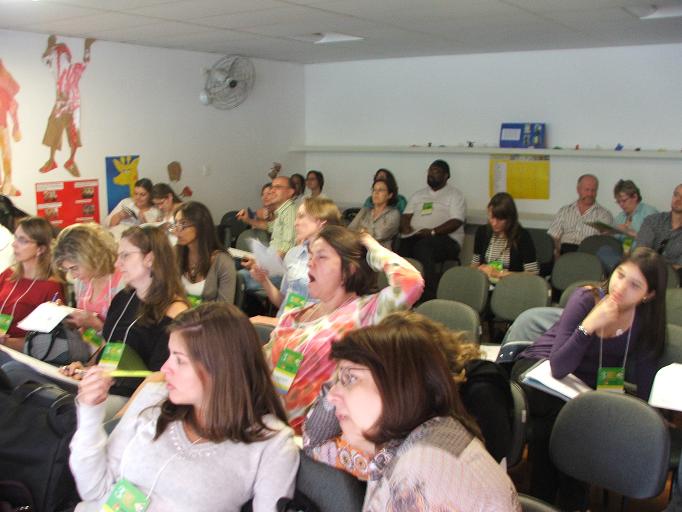 Please note - scaffolding is a core strategy according to Cummins which 'operationalizes the notion of the ZPD'. CLIL in practice is very much about making this theory real in the classroom, about thinking of how to produce and make this scaffolding available to our learners. 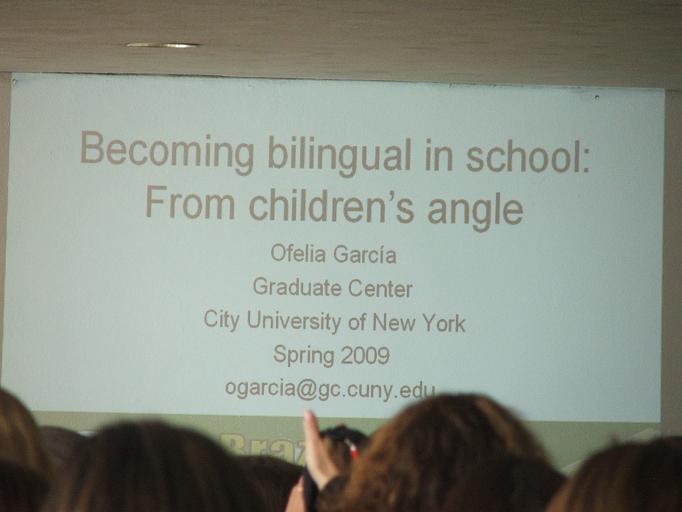 The flight via Zurich was practically a 24 hour block and not really having got much sleep, I spent much of the first day jet-lagged, possibly like the colleague in the middle of the picture opposite!  Thankfully, the first workshop in a room heavy with even the Autumn heat of Sao Paolo was buoyed by the interest of the group. 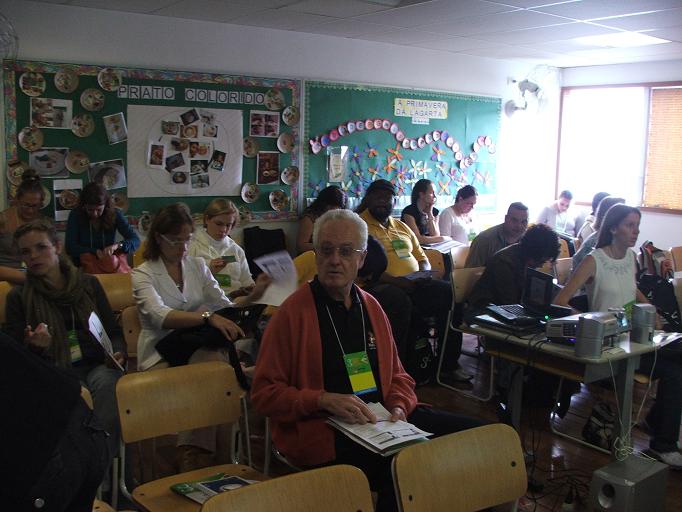 It did feel a little like ‘trying to teach your granny to suck eggs’ considering that the group was made up of teachers who work in one of the many bilingual programmes available in Brazil.  Having said that, there was a lot of interest specifically in the concept of language support which colleagues felt their learners need more and more but which is not provided in their textbooks.

Is language being ignored in English-medium subject teaching?

- stresses the need for a language focus throughout the school curriculum;

- concludes with generic principles for CLIL. 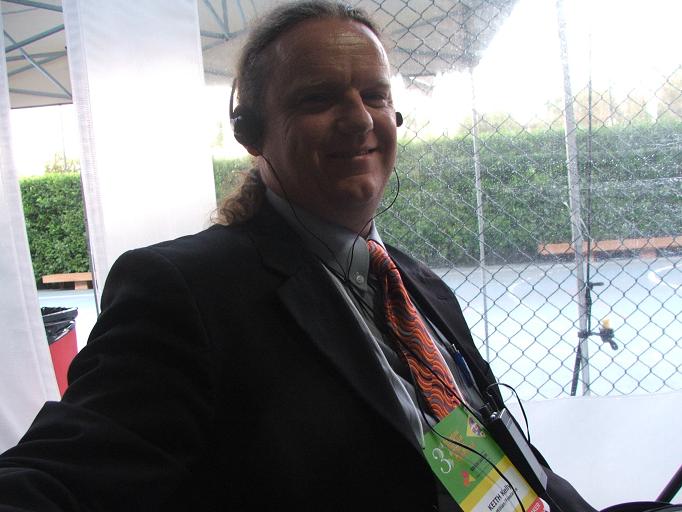 Dr Garcia said many interesting things. In short: she avoids the term 'dual language', and ELLS, because this is a political move to avoid the term bilingual. She advocates using bilingual and bilingualism which are terms which have been wiped out during the Bush administration. Dual language suggests an equal divide, which is a suggestion of 50 – 50. Polydirectional is a term which recognizes the multiplicity of language in the classroom, although there may be many English, and Spanish in the classroom. Two-way bilingual schools with language A and language B, suggests that children have a mother tongue and they add another language to this. This simplifies the real linguistic complexity of children and communities. Students appropriate the use of language, if you sit and listen to what they are saying, they are continuously crossing between languages. So we think they are separate, but in the children’s lives they don’t separate them, they create a complex and growing repertoire of linguistic strategies – translanguaging. 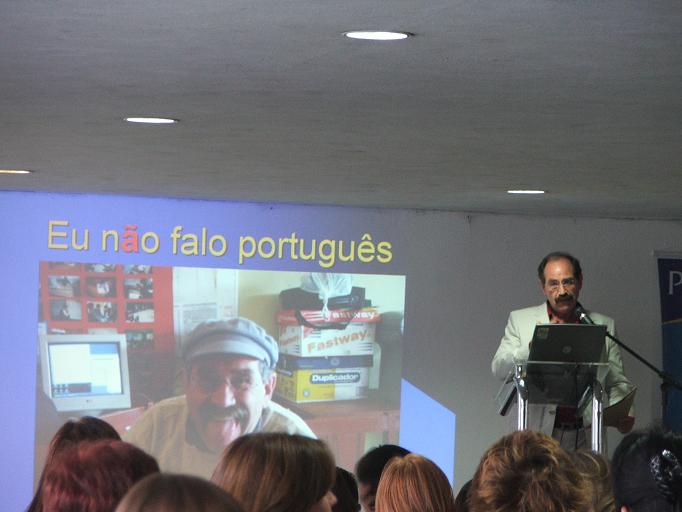 Dr Garcia also gave some wonderful examples from real children in real classrooms, which is always a winner! These were examples of interaction between children in kindergarten where the children move between languages, teach each other, negotiate, conciliate in ways which separation of languages negates and ignores. Language is this negotiation.

Science Across the World: CLIL in Action

Science Across the World is popular because of the opportunity it gives for communication and school exchanges. 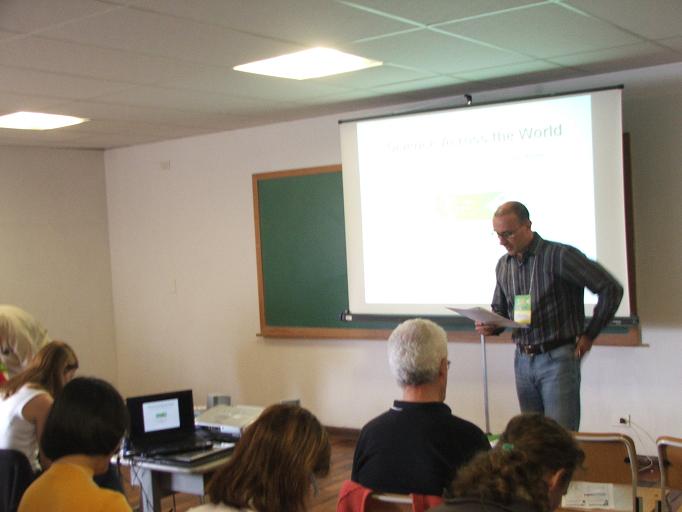 Carlos introducing my presentation on Science Across the World
Thanks to Macmillan for their sponsorship, free books to raffle.  It’s always nice to have things to give away to teachers.

Dr Anne Pakir an associate professor from the National University of Singapore spoke about the bilingual situation in Singapore where there are four official languages: English, Malay, Tamil and Mandarin Chinese. The government has chosen English, chose about 40 years ago actually, as the medium of instruction and business. Singaporeans are expected to become bilingual in English plus one of the other languages. Anne talked about how this may sound good on the surface, but actually the reality of ‘bilingualism’ in Singapore hides a much more complicated multilingual situation. Here again, there is this thread which ran through much of the conference that we are now in a period where just thinking of 'two separate languages' is out of date.

South America is not a homogeneous hispanic country!

Gives examples of ethnic minorities in Mexico where these groups are losing their linguistic identities to the dominant Spanish. Shows projects for placing the minority language at the centre of the curriculum.

How to deliver success:
1) Define and differentiate between bi-ed and intensive English

2) Have clear curriculum guidelines for both content and language

7) Don't use the Dolch site word list at this age

I also attended a great presentation from Kristina Speakes (Escola Cidade Jardim / PlayPen) talking about Integrating Content and Language: Effective curriculums for bilingual preschools. I went as a father with a daughter aged one year and 9 months and so I was interested to hear what a specialist in bilingual education for the age range 3-6 has to say. I wasn't disappointed, and in fact Kristina's talk was applicable by and large at all levels of education. Common sense and sensible approaches. Some of them are listed here. The errors if there are any, are mine, not Kristina's. 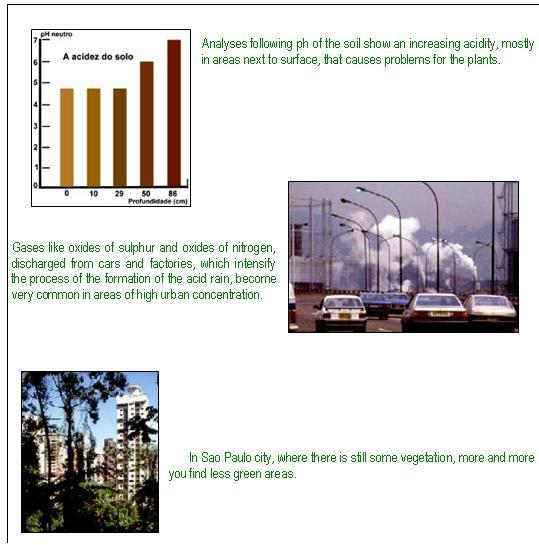 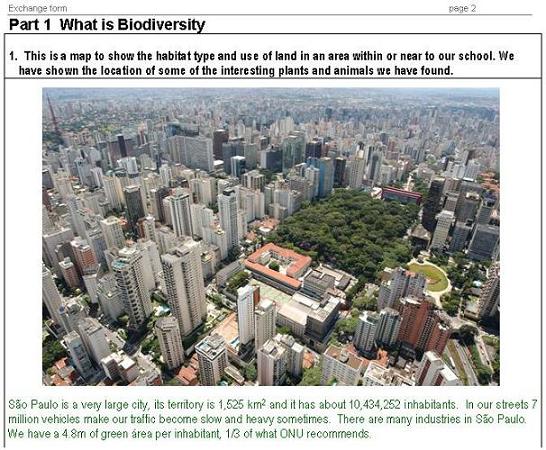 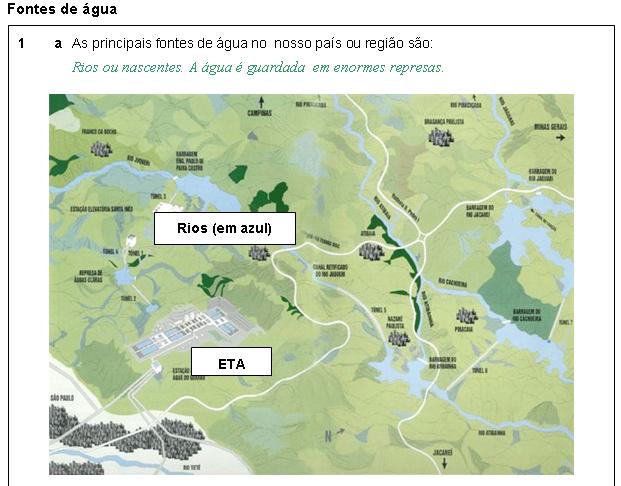 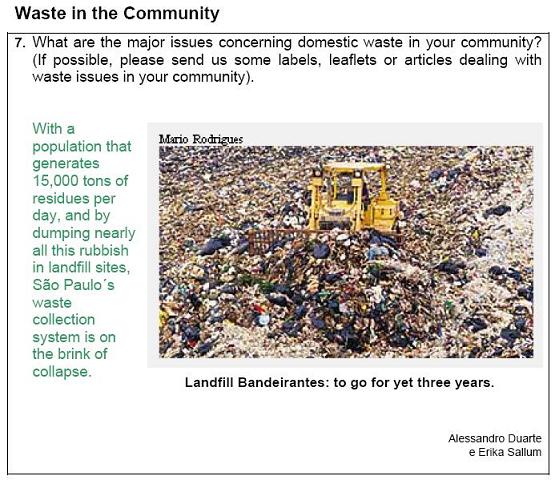 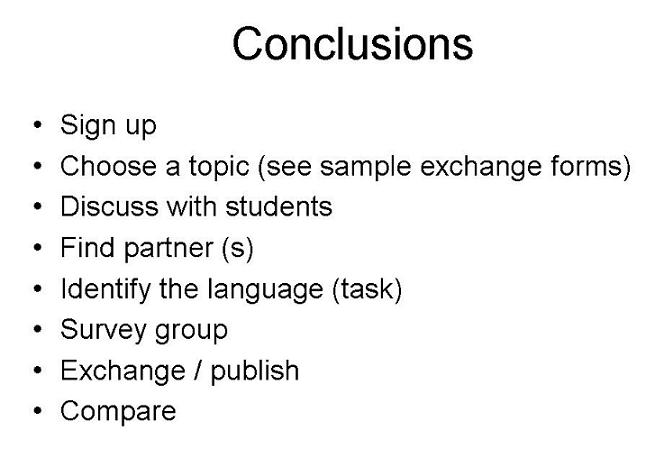 I had the impression that there was a lot going on in bilingual education in Brazil. There is certainly plenty of information about this growth area on the internet. I’d assumed that there would be lots of examples of ‘how’ language and content are integrated. As it turned out, the teachers I met had similar issues to colleagues I work with in Europe. They write their own materials, by and large. They find that the published materials which they import from MT contexts are not ideal for their students and that they need to do a lot to adapt them to fit their learners’ needs. This meant that they were interested in CLIL. They were interested in finding specific examples of how to provide the ‘scaffolding’ referred to in Jim Cummins’ plenary.

Having said that, I also came away with the lesson that we’ve only just started chipping at this iceberg. Cummins, Garcia, Pakir made clear statements about the fact that we need to concentrate on languages and bilingualism beyond the compartmentalised separated ‘two language’ perspective (20th century). We need to think about a more dynamic relationship between languages and create a methodology which respects the very complex interaction (translanguaging) between the languages of our learners.

This has implications for CLIL in Europe, it suggests possibly that there is a role for more inventive MT use in the English-medium classroom. Garcia suggests a preview, view, review approach in which at each stage a different language may be used. Cummins suggests translation has a role in ‘publishing’ our students work in a way which reflects their true identities as bilinguals, or ‘becoming’ bilinguals.

I came away invigorated but a little anxious too. I feel that I still have a lot to learn about how two or more languages can work together in the curriculum in my context. I suspect that my colleagues teaching content and language successfully are ‘doing’ much of the things mentioned above, it’s just not written down in a methodology yet. I’m left with Dr Garcia’s message in my mind that we can no longer think of bilingual development from a monolingual perspective and that bilingualism is becoming a norm in many many places.

It’s likely to be one which is a methodology which not only pays attention and is aware of the diversity of language background in the classes we teach, but it will also be a methodology which ‘makes use’, which ‘exploits’ this aspect of the our learners’ group, celebrates it, publishes it and actively encourages learners’ awareness and identity as speakers of several languages.

Science Across the World - surely the best programme for publishing student work and developing their own sense of identity!

There is a sniff of interest in Young Ambassadors of Chemistry type events in Brazil. I'll certainly get my thinking cap on, talk to Lady Lida and see if we can't set something up.
Would be great to go back and work in some Brazilian schools.